FORT MYERS, FL – For the past 15 years, Sound Mixer Randy Sparrazza has taken pride in delivering the finest audio recordings for his clients’ productions. Owing to his longevity in the industry, Sparrazza understands the importance of using world-class equipment. When he was tasked with capturing audio for the popular HGTV network show, House Hunters, he turned to Wisycom’s MCR42S Dual Diversity Wideband UHF Mini Receiver System and MTP40S Wideband Bodypack Transmitter to ensure interference-free signal coverage. 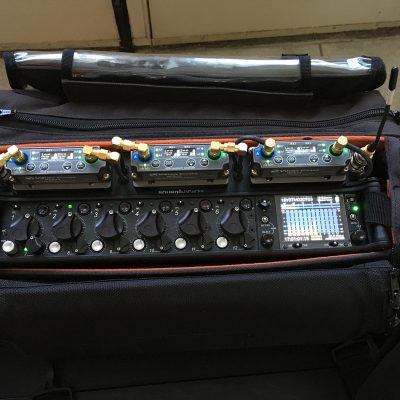 Sparrazza was first introduced to Wisycom by his friend and industry colleague Jim Dugan, owner of Jetwave Wireless and President of Wisycom USA, while doing an antenna installation for the Buffalo Bills. “I was thoroughly impressed with the capabilities of the Wisycom gear,” says Sparrazza. “The size, sound quality and wideband range was something that I wasn’t used to, and it made me immediately want to choose Wisycom over its competitors. At that point, I made the decision to buy Wisycom. I haven’t looked back since.” 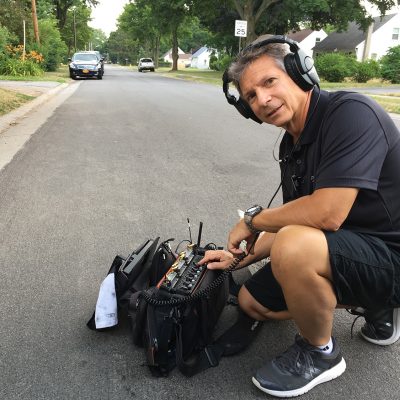 Having now used the gear on nearly 20 episodes of House Hunters, through more than 70 days of shooting, Sparrazza has also seen the long-term benefits of the products. “I have been in a variety of cities throughout the northeast and I have found it to be exceptionally comforting to be able to go from Ohio to Massachusetts to southwest Florida and never worry about frequencies, interference or clarity,” he adds. “The MCR42S and MTP40S have proven to be great products as I travel around the east coast. I can tackle any RF obstacle, because I have everything available to me with the wideband frequency of the Wisycom gear.”

For a recent day of filming, Sparrazza was in a crowded RF section of Columbus, Ohio. He was shooting in the Riverwalk area of downtown, in plain sight of the transmission tower for the local TV station. He was able to record in visual sight of the transmitter with zero interference or problems. 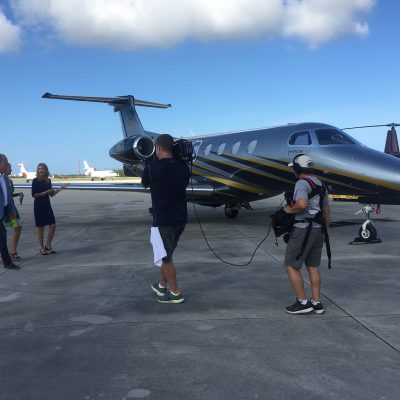 “The comfort level that Wisycom gives me ensures that I don’t have to worry about all of the homework ahead of time when I go into a city,” continues Sparrazza. “When I set up my scan on my Wisycom gear, I know that I’m going to be able to find an open frequency because I’m not confined to a single, or maybe two different, block(s) for the equipment I have. Wisycom shines in that the equipment I use provides full bandwidth coverage, from 460- to 640-MHz, which allows me to acquire whatever frequency I need in whatever city I’m in.”

In addition to his Wisycom equipment, Sparrazza’s rig consists of the Sound Devices 688 12-Input Field Production Mixer/Digital Recorder with an SL-6 Super-Slot wireless receiver system. His microphones of choice are: Sanken COS-11D, Schoeps CMIT 5U and CMC641.

“The ultimate reason you have a wireless system is for the sound quality, and I am thrilled with what my Wisycom gear gives me when coupled with my Sanken COS-11D microphone,” adds Sparrazza. “For the majority of my House Hunters episodes, I had three or four wireless mics always flying. No matter where I have been, I’ve never had a problem with interference between the transmission system itself or the signals from a wireless camera hop system.” 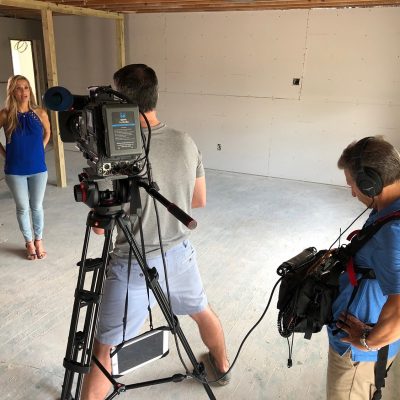 Sparrazza has also used his Wisycom equipment for work on the independent films Cold Brook and The American Side. “Another feature I love about the Wisycom transmitter is the ability for me to send it a line-level signal, which I use when working in-tandem with a wireless boom operator on independent features,” he explains. “What I do is use my Schoeps booms and run them into a Sound Devices MM-1, which I then feed directly to the Wisycom transmitter. Back at my rack system, I’m able to receive a crystal-clear signal from that boom with the very best signal quality possible and allow the boom operator to be wireless. It works amazingly well.”

Sparrazza will soon be working on a six-week shoot for Discovery TV in Western New York, where he will be flying upwards of 10 lavalier microphones for the production.